Newgrange is world UNESCO site and is over 5,000 years old Newgrange is a passage tomb which is 76 metres in diameter over an area of roughly an acre. It is from the Neolithic period where people started to settle down and farm on lands instead of being hunter gatherers. The mound is ringed by a stone circle with 93 kerb stones weighing upwards of a tonne surrounding the mound. Inside there is a 19metre long passage way which is quite narrow and is in cruciform shape at the top. It is ironic that it is in a cruciform shape as this is well before Christianity ever arrived to Ireland. The roof of this mound is all stone and has been done is a corballing method which has never leaked in over 5,000 years.

Visit Monasterboice founded in the late 5th century by Saint Buithe. Monasterboice is just outside the town of Drogheda. The name Monasterboice has been anglicized from the Gaelic Mainistir Buithe meaning the monastery of Saint Buithe. It is home to an in-use graveyard, the three high crosses of which Ireland’s tallest High Cross and the most detailed High Cross. See the impressive tenth century round tower which is still standing from the original monastery.

Then visit Mellifont Abbey, home to an order of Cistercian monks, founded in 1142 and was the first abbey of the order to be built in Ireland. Today the ruined abbey is a national monument of Ireland. The name Mellifont comes from the french ‘font of honey’.

The battle of the Boyne site is where a battle took place for the crown in England between James 2nd and William of Orange, his son in law, in 1690. This battle transformed Ireland forever..

Stop at Slane Hill where St Patrick lit the Pascal Fire 433AD in defiance of the High King of Tara.Saint Patrick escaped slavery in Ireland and fled to France and it is scripted that God spoke to him to return to Ireland and preach Christianity to the pagans of Ireland.He made his way to the Hill of Slane and lit a huge fire which was against the laws while the High Kings fire burn bright. The present ruins that are there today is a medieval church.

Kells is very famous for Saint Colmcille, where he finished off the famous ‘Book Of Kells’. See the house that is 1000 years old, a round tower and high cross which were part of the Monastic settlement founded by Colmcilles monks.

See the beautiful historic heritage town of Trim. View the largest Norman Castle in Europe built by Hugh de Lacey in 1173. Standing at an area of over 30,000 sq metres and built on solid bedrock, it is the most impressive and historic feature of the town of Trim today. You will drive across Ireland’s oldest in use bridge and see the tallest Monastic settlement in Ireland, known as the Yellow Steeple. We will also visit the Newtown monuments and a small famine plot dating back to the 1800’s.

The Hill of the Tara will be our final stop of the day and is an ancient Neolithic site with the ‘mound of the hostages’ being as old as Newgrange. Also includes other ancient monuments and according to tradition was the seat of the High King of Ireland. There is a famous rag tree (fairy tree) located to the right of the raths and also a cross denoting where Daniel O’Connell held one of his forty monster meetings. 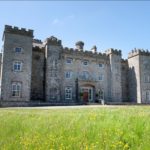 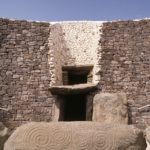 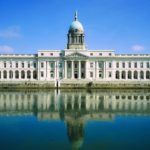 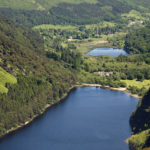